Written by Melissa Crandall and illustrated by Jon Buller

When we last saw Thomas and Li-Ming… Li-Ming was trapped in the castle as it moved to another location. Thomas and Norm were in a panic because they did not know where Li-Ming could possibly be. As they thought of what to do, a force pulled Thomas and Norm into another dimension. Meanwhile the evil villains cornered Li-Ming where she was hiding…

Li-Ming looked as innocent as she could.  “What friends?”

Iona scowled.  “I heard more than one voice coming from inside this room, and someone screamed.”

Li-Ming shrugged, though her heart pounded with fear. “Oh, that was just me playing pretend.” She glanced toward the window, but from where she stood, she could see nothing of their surroundings. “There’s no one else but these frogs.” She gestured toward the bed. The abrupt motion sent the frogs hopping to the edge of the mattress, where they dropped onto the floor and disappeared beneath the bed.

“Frogs, is it?” Jasper bent down to take a look.  So did Iona.  Their foreheads knocked together with a sharp crack and they staggered backward.  Acting fast, Li-Ming shoved them hard enough to knock them both down, then ran out of the room.  Behind her, she heard Iona scream.  “Catch her, you idiot!”

Jasper must have been tired of being ordered around.  “Why don’t you use your magic to catch her?” he yelled back.  “You’re so good at it.”

Li-Ming didn’t wait to find out who would win the argument.  She raced down the stairs, jumping the last two, and landed with a thud in the main room.  Hopping first on one foot, then the other, she slipped off her shoes and held them as she ran, her socks quiet on the polished floor.  From overhead came the sound of rapid footsteps along the upstairs hallway.

Li-Ming hurried, searching for a way out.  She found several balconies, but all were too high to jump down.  When she found a second staircase leading up, she took it.  Maybe I can hide somewhere until I figure out what’s happening, she thought.  She followed the hallway to another set of stairs, climbed to the third floor, and found herself in a library.

She hurried to a window and pushed it open.  Now the castle was surrounded by meadows dotted with trees.  In the distance, a ribbon of blue marked a river.  Beside the water was a road, but there were no cars on it, only two horse-drawn carriages going in opposite directions. Where was she?

Li-Ming shivered suddenly.  Or was the question, When was she?  For a moment, she felt like crying.  She wanted Thomas here, and Norm, too.  Together they could sort out this mess – she knew they could!

Suddenly, a curious voice spoke behind her.  “Young woman, what are you doing in my home?”

Slowly, Li-Ming turned around. She recognized the man at once from the pictures Mr. Espinoza had shown the class before starting out on their field trip. “Oh, Mr. Gillette!” She ran to him. “Someone is trying to steal your castle!”

Gillette bent down to look at her.  “Steal my castle?”  He chuckled and shook his head.  “You have quite the imagination.  Now run along.  I’m busy.”

“It’s true!  Come see!”  She tugged on his hand, pulling him toward the window as she told him everything.  “We have to hurry!  Iona and Jasper could show up any minute and I don’t know what they’ll do!”

Gillette leaned out the window, frowned, and looked down at Li-Ming.  “Lady Hallow, is it?  I remember her, but she’s no lady.  She was a spoiled rotten kid and it seems she’s grown into a worse adult.”  He surprised Li-Ming by smiling and patting her shoulder.  “But not to worry, my dear.  I’ve handled her high-jinx before and I believe that with your help, I can handle her now.”

Li-Ming felt a surge of relief.  “What are we going to do?”

Gillette drew himself up tall.  “Young lady, you see before you Sherlock Holmes, the greatest detective who ever lived!  And you will be my Watson!”  He bent down and put his mouth close to her ear.  “Here’s my plan….” 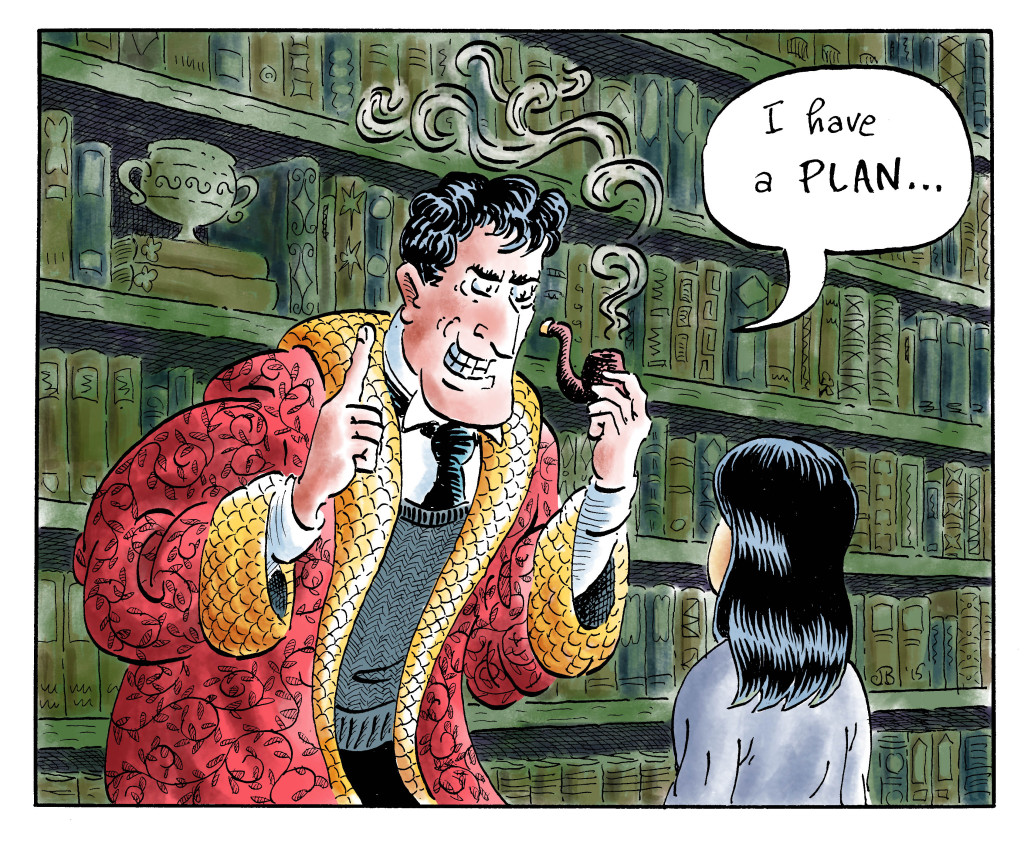 Download a Printable version of Chapter 6 by clicking the DOCUMENT link below:

Get the entire Curriculum Guide for Chapter 6 HERE!